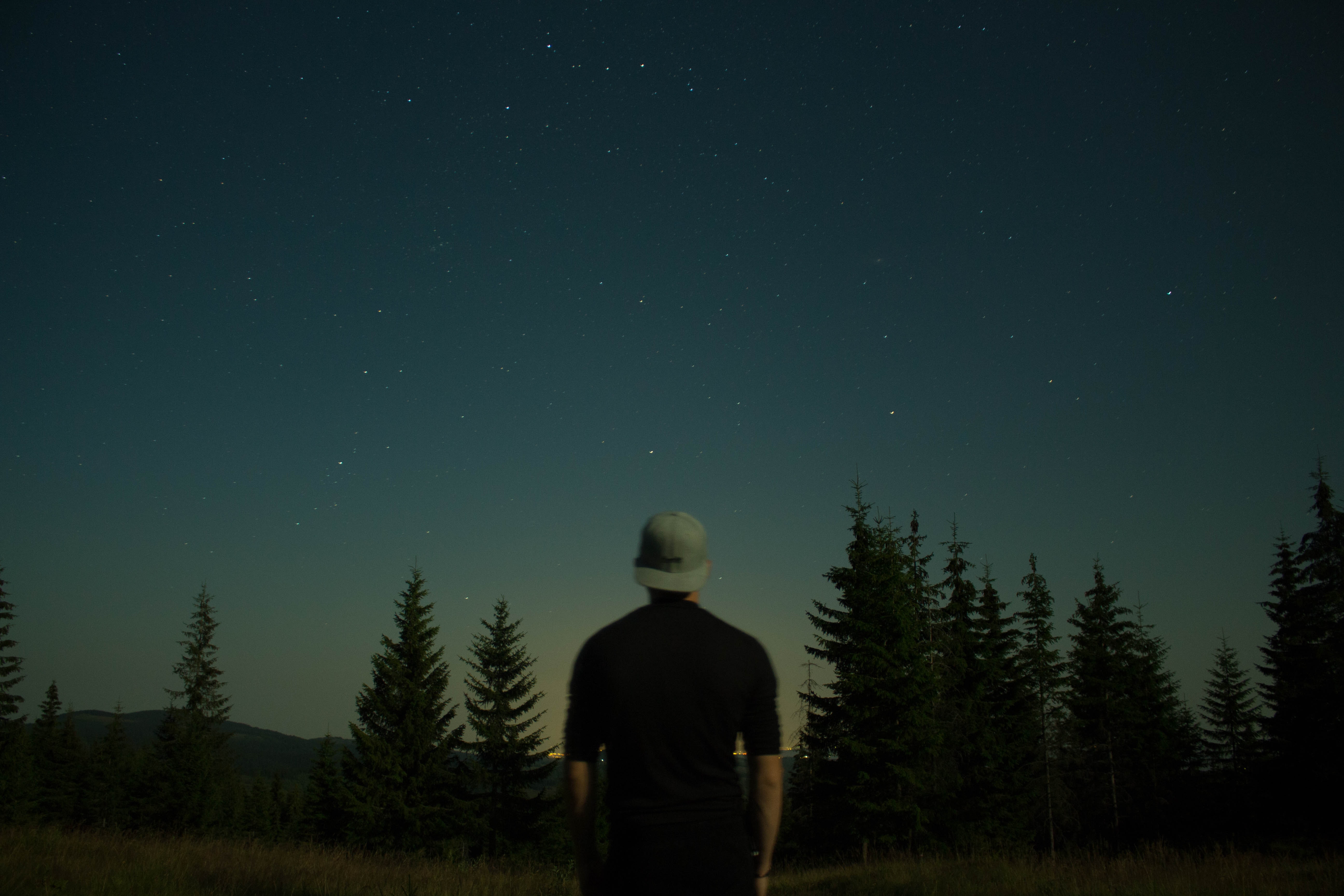 No other sci-fi has captured my heart and imagination like The Humans by Matt Haig. It is a novel about an alien assassin sent to earth for the sole mission of destroying evidence that the Reimann hypothesis, an elusive mathematical puzzle, had been solved in Cambridge University. The aliens had feared that the unbounded potential of such knowledge in the hands of a species that was at its worst malevolent and murderous would spell destruction and the eventual enslavement of other lifeforms in within and without earth. Lest we forget Albert Einstein’s pleas against weaponization on nuclear energy in the 1940s were unashamedly ignored, a strong case on limiting human scientific advancement. The aliens eventually sent the assassin in the form of the slain professor to ensure the information and all those who’ve heard about it were eliminated. The alien sent then in an unprecedented and heartbreaking crisis of conscious rebels against his employers and chooses to forfeit it all and live and die as a human. Don’t fret, there’s more in the book review.

Something however always had me thinking, every read I felt closer to finally understanding it. Why would an alien from a civilization magnitudes superior enhanced with all the gifts of science want to take the form homo sapiens? Choosing to sacrifice the blissful existence in a planet where all the wonders of the universe had been solved including inter-galactic travel, taking on other forms, aging and death was honestly dumbfounding. I was almost crying when it, in the form of Professor Andrew Martin, parted with the prospect of returning home and living there for eternity. Why? Forever anxious about being mortal and open to the idea of slaying The Dragon Tyrant, I couldn’t help but think it was the dumbest creature in all the universe.

Its planet Vonnadoria, a fictional Type III civilization lightyears away, was built on pure rationality and mathematics. The purity of reason and logic had dictated every interaction and not surprisingly there was no room left for religions, delusions, impossible fictions, names nor families. All the goals had been met by the hosts, who were much older than everyone else and had sent the assassin, the protagonist of the story. Vonnadoria was filled with all the unimaginable technological marvels from sentient free-thinking computers and peaceful classless society whose aim is the maximization of good for the maximum people. Paradise?

“You do not want immortality? You do not want the chance to return home or to visit anywhere else in the universe other than the lonely planet on which you now reside?”

Contrasting this to earth, it comes as no surprise the contempt the Vonnadorians had for humans. Our history is bloodshed, racism, colonialization, slavery, epidemics, fascism, military overlords, the horrors of the Holocaust and Soviet Gulag let alone the impending nuclear Armageddon during the cold war. Our societies and economies skewed and discriminatory, any sort of remedy or change leads to an undercurrent of far more undesirable outcomes. The frantic pace of life in the pursuit of pride, glory and keeping up with the Joneses erodes life satisfaction with meaningful relationships turning most us into vain narcissists. Anyone having a look down from space, like the hosts, will see us humans as a perverse and corrupt species undeserving of technological progress.

“The humans are an arrogant species, defined by violence and greed. They have taken their home planet, the only one they currently have access to, and placed it on the road to destruction. They have created a world of divisions and categories and have continually failed to see the similarities between themselves.”

Reading through all the ills of our species, it’s not hard giving up on us. But the alien saw different, at least later on. An alien who was chosen as a punishment for a “crime against mathematical purity”. Trust me it’s quite hilarious in context. Throughout the novel, there is a constant warning from the “hosts” not to let itself be pathologized by them, a warning that though was stressed countless times would do nothing to change the alien’s later resolve.

Love in all the wrong planets.

In a land dictated by logic, there couldn’t be love in Vonnadoria, because love beats reason, it’s beyond rationality. This curious and frankly absurd nature of love puzzled that deeply analytical alien mind because all it could see was madness, delusions and bad logic all wrapped into one. The spectrum of human love to it was quite baffling from loving people who were physically abusive, to those in symbiotic relationships who had no alternative than to and Tabitha’s relentless caress of heart-attack induced husband, the first victim.

The heartless murder of Tabitha’s husband, definitely not by conventional means as you’d expect, had an opposite effect on the alien. It was really intense in the audiobook, strong recommendations there. The aliens back home had dreams, actually, they could get in between each other’s minds and dreams, but never nightmares. That night the alien had the most traumatizing of night horrors, it was there standing face to face with its death. A mind losing its rationality.

The alien had taken the form of Andrew Martin who had a beautiful wife, Isobel, and fifteen-year-old truant son, Gulliver. Earlier on he shared the indifference his species had on that family and saw no qualms in ending their lives if the opportunity arose. This position quickly faltered, it couldn’t resist the affection his wife had for him, quite a mystery it was. The fact that Andrew was a deadbeat dad, motivated by the allure of glory and selfish ambition yet Isobel still loved him amazed the alien. “So love is about finding the right person to hurt you?”, it remarked.

Love was a way to live forever in a single moment, and it was also a way to see yourself as you had never actually seen and made you – having done so – that this view was a more meaningful one than any of your previous self-perceptions and .

The possibility of love and being loved ultimately made it chose human. In a mad act of defiance and passion, both being subsets of love, the alien fought against the command to kill Isobel and lost Vonnadoria forever.

You cannot finish The Humans without wanting to read Emily Dickinson or at least being curious in knowing what she stands for. Being among America’s greatest poets warrants reverence, granted, but given the chance, she’s referenced endlessly in the book. All with good intention, her works are wonderful. She was quite a social recluse and never wandered far from home but her poems, their depth, had the varieties of experiences of someone who had lived through it all.

Emily was quite fond of asking the big questions about the nature of living, immortality and an afterlife, her ideals capturing the existential dread in all of us. This is captured perfectly in her poem referenced in the book called ‘‘That It Will Never Come Again’. It argues that the fact that wanting to live forever or more precisely the thought of an afterlife had the opposite effect of making life worse. We cease to value our experiences in our current life, trivializing it in anxious anticipation of life thereafter. She insists a life that ends is what make living precious, everything is the treasure in a body in constant flux with fate and the grim reaper.

That it will never come again
Is what makes life so sweet.
Believing what we don’t believe
Does not exhilarate

Emily Dickinson, That It Will Never Come Again

Coming from a life of perpetual existence, it’s no wonder Dickinson stole the alien’s heart. She made it realize that given infinity, life loses all meaning. Anything divided by infinity is zero. Choosing mortality, in the form homo sapiens, in this case, guarantees death but the enormous potential of a life brimming with love, laughter, music, awe fascination.

Don’t forget, your days are divided by something infinitely smaller than infinity, go ahead and make those days count!

You are lucky to be alive. Inhale and take in life’s wonders. Never take so much as a single petal of a single flower for granted.