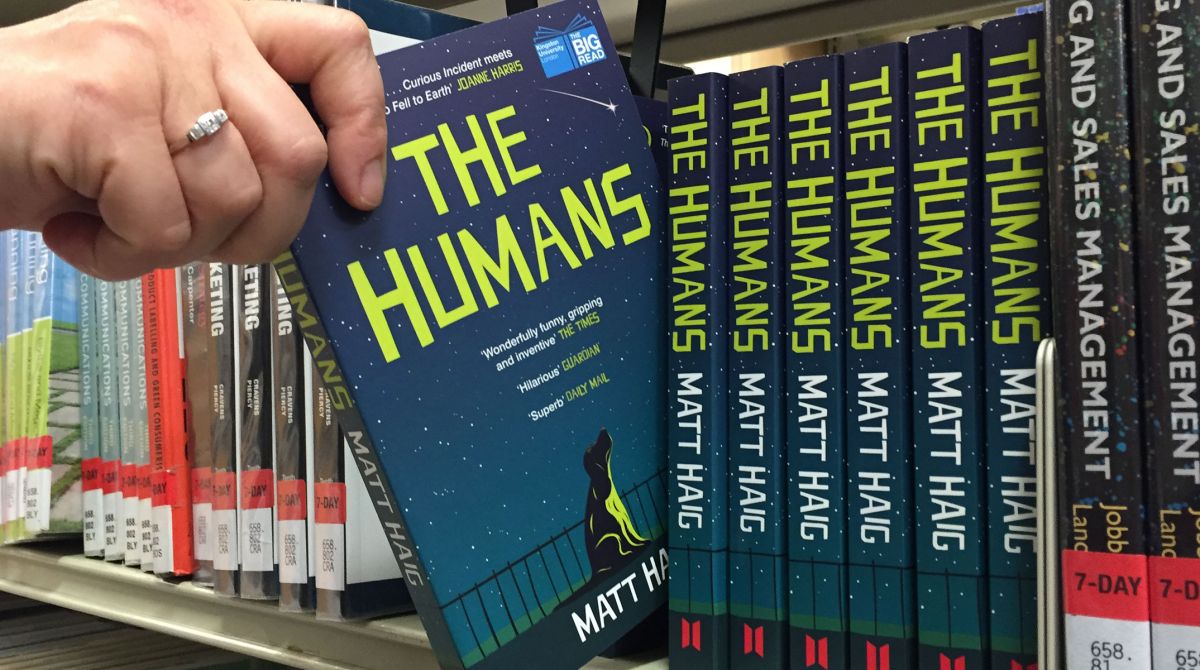 The year was 2016, I was listening to the witty, educational and my all-time favorite podcast, Hello Internet. The episode in question was sponsored by Audible, the Amazon-owned audiobook giant, and the book recommendation was The Humans. I rushed to get the book in the free trial and the seeds of a love affair with arguably Matt Haig’s finest work had sown. This was followed by an equally unrestrained obsession for audiobooks. Yeah, reading with my ears. Matt Haig gets inside the mind of an alien providing an often humorous dissection of humanity’s rituals and social conventions from the good, the bad and the absurd. Nothing is familiar as your mind wanders in between the alien unknown and seeing home through a very different lens, the one that makes it very uncomfortable. You’re bound to fall in love with poetry particularly Emily Dickinson as the author weaves her timeless wisdom throughout the story. There are no good decisions as the words ignite the entire spectrum of emotional fires inside you. What if an alien know about being human than you?

The plot centers around an alien assassin from the distant ends of the universe sent with the much-undesired task of eliminating the evidence that the Reimann hypothesis had been solved. The hypothesis was solved by Professor Andrew Martin, a highly respected academic at Cambridge University, and such knowledge had the potential of bringing unprecedented technological advancement to the human race. Fearing such knowledge in the hands of capricious human beings, Andrew Martin is abducted by the aliens leaving the assassin in a body similar to his to infiltrate his life, family, friends occupation to eliminate all those privy to the news of Martin’s achievement. The alien came from the planet Vonnadoria where they had solved all the lingering problems in science, defeated death and interplanetary transportation cementing themselves as the most advanced race in the known universe. A befitting title to a civilization of immortal beings in love with logic, rationality mathematics.

The story starts on the motorway, in a scene straight from Terminator, as the alien is nude and unashamed walking against night traffic on a cold dark night finding his way to the professor’s office. Soon he is hit by an oncoming vehicle, passes out and regains consciousness in an ambulance with paramedics monitoring his vitals. He as all the other aliens in ambulances before him easily overpowers the staff and jumps out of the speeding vehicle and onto the bushes. The alien then has a crash course on the language by reading through Cosmopolitan, probably literature’s darkest hour, in a gas station nearby. He also gets a map and maps out the way to Cambridge University. Having been enough of a public nuisance, the police come and he is apprehended.

He is released from police custody and reunited with his family. His wife, Isobel, a beautiful historian and charming character and Gulliver, his moody 14-year-old son. He slowly warms up to them in a way Andrew Martin, the real one, obsessed with work and prestige never could have. He had harbored the same indifference to humans that his species on arrival but uncharacteristically slowly falls in love with his new found family and the peculiarities of being human. In what came across to me as the dumbest of dumb decisions, he chose Earth over Vonnadoria fighting for it against the insurmountable odds.

The book doesn’t shy from mental health and suicide both of them issues Matt Haig is all too familiar with. The effect is often emotional as he tries to raise awareness for those among us fighting from within. A little bit of philosophy from Kierkegaard and Schopenhauer was mildly refreshing in between the existential dread. I love how the story plays out, the narration is just awesome. Looking forward to reading it for the fourth time, 5/5 for me.