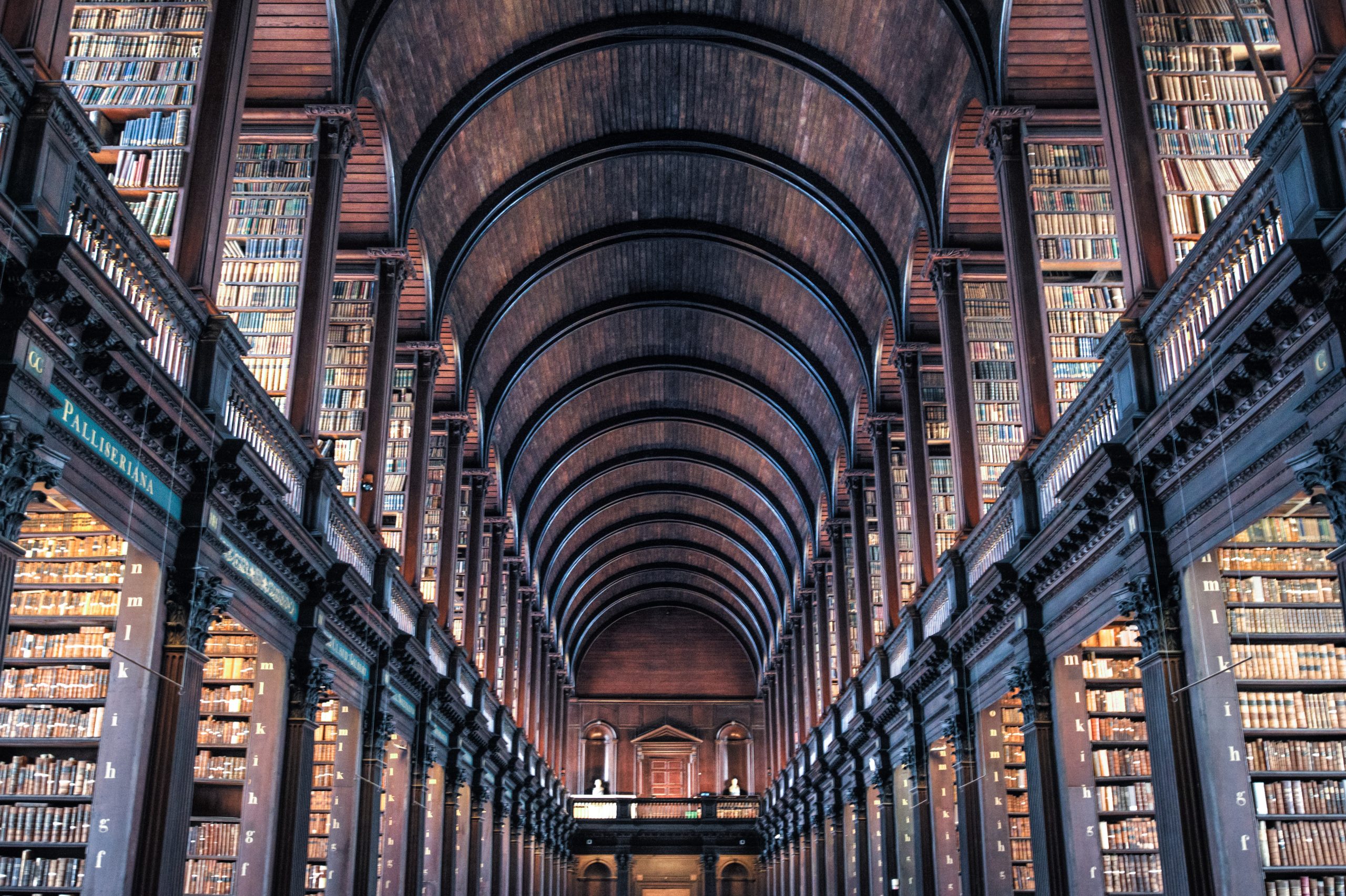 A fundamental part of the human condition has always been to make sense of the world around us. From the mundane to the existential, everything was once mystical, superstitious and the instruments of a handful of gods and spiritual entities; whose works were to be universally accepted but whose working never to be fully understood. Why the sun rose each morning, the occurrence of lightning, natural calamities, the cycle of the seasons and disease baffled humanity for millennia probably 200,000 years. It’s only in the last three centuries that the scientific method finally overthrew these charlatans and their voodoo magicians and sorcerers who masqueraded in the name of the gods. However, not everything has an answer and its a good thing. Here’s why.

As a disclaimer, when talking about the scientific method, its practices are ubiquitous in most of the modern world and its implications are obvious. In the remote and low literacy parts of the world and before the great imperial conquest of the world, which I’ll discuss in another post, much of the understanding of the world have been cultural and religious dogma, that have a provided “answers” and served a purpose since time immemorial but don’t hold up to the truth easily available today.

With the scientific method, where theories can be formulated and passed through the rigour of observation, testing, measurement and peer review at our disposal, entire fields have sprung up and populated the brains and shelves in universities and their libraries with the minutiae of everything. From the taxonomy of every discovered species of plant, animal and fungi on the planet to the mapping of the genome. The classification of rocks and minerals and the documentation of all the billions of observable stars and celestial bodies from earth to infinity. The depth of the collective body of human knowledge is nothing short of impressive. The phenomena that baffled humanity in the introduction are now taught to prepubescent teens in elementary school. For most inquiries as in ailments, there exists a thorough understanding and remedy.

Despite all these advancements, there exist three fundamental problems. From my understanding, these are; the human condition has remained unchanged, metaphysics and the nature of the Universe is still a conundrum and death is always lurking. Definitely there are others like the ecological collapse, nuclear armageddon and The Avengers-style multidimensional conquest. Huh.

Marcus Aurelius and the Stoics always have a profound effect on the reader. Although these books were written millennia ago, their maxims are truer to life, provide reasonable assertions and far outclass the “full of hot air” motivational crap we have today. Classical works of literature, poetry, art and as hard as it is to admit, certain parts of The Gospels and Proverbs, also have this ability to provide wisdom and insight into who we are that transcends time.

Why is this so? There certainly is a glaring contrast between the Classical Age Mediterranean fisherman and an executive in a Fortune 500 company who both read the works of Socrates. The fact is that despite living in the most prosperous and overabundant period in the history of homo sapiens, our internal mechanisms have barely changed. With bodies that require hours of exercise per week just like our ever- mobile savannah ancestors, having brains that are addicted to dopamine and elaborate courtship rituals, the human-animal is virtually unchanged. Our proclivity to band together in tribes with out-group hostilities and jumping into conclusions in a heartbeat and spending hours after justifying it is part of who we are.

Envy, greed, megalomania, yearning for fame and desire to leave a legacy have always been a part of being human. There is also the fear of death but I’ll refer to that later on in this article. The pursuit of happiness has always been a zero-sum game with career progression and family. Prescription drugs for anxiety, ADHD and depression have also had their own varying degrees of success. Loneliness in the modern world is nothing more than a hidden epidemic, close friends and social gatherings per person is at an all-time low. No productivity app, threat-enforced deadlines and brain supplements can be a formidable opponent to the fact that almost a third of the day has to be spent semi-conscious in a state, in which we still have a lot to learn about.

Science can’t solve these human problems and attempts such as social media and the proliferation of online dating often provide a net-negative result in the long run. Coalescing the human-animal and its rational ideal, the one that stands tall above all the other animals in the kingdom, usually tapers off into a philosophical argument as in the case of Thomas Sowell’s book A Conflict of Visions. The two competing visions are that whether human nature is constrained by being selfish and unchanging or unconstrained by being malleable and perfectible. Whatever the right answer is, the debate rages on how humanity sees itself and this affects justice, equality and power, basically our lives. The extent of which is true is immaterial, knowledge of it is what matters.

The Nature of the Universe

Understanding the universe has always been an undertaking of retracing our steps rather than getting the fine blueprints of how everything was made to be. The Universe is no open book and therefore we have reversed engineered our perception of everything. Where is everything from? Does intelligent life exist outside our planet or are we the only ones in a sea of billions of planets that evolved in just the right way to be who we are? It is obvious that to have the ability to ask these questions requires a lot of stars to align, metaphorically and literally.

The Universe is under no obligation to make sense to you.

For instance, in the advent of microwave telecommunications, there existed a certain value of interference on the system that couldn’t be eliminated despite the researchers best efforts, unknown to them that effect had its origins the exact moment when the universe as we know it was formed. Cosmic Microwave Background colloquially referred to as CMB, is a remnant of the big bang where the first photons eventually lost energy and became infrared photons. As this loss of energy continues and the photons dropped in the electromagnetic spectrum to microwaves, presently, and are on course to be radio waves. CMB is a cornerstone argument for the proponents of the big bang theory. Basically, the blueprints of the Universe are an invisible enigma, an impossible code to crack.

However, further understanding of the universe is crowded in a sea of stalemates and dead ends. The nature of dark energy and dark matter, string theory that intends to merge the fields of general relativity and quantum mechanics have eluded our finest minds, decades after they were conjectured. Also in the list are the questions of extra-terrestrial life, multiverses, the fourth dimension and countless mathematical hypotheses.

By definition, some of these questions are open-ended with no definite answer. Out of infinite probabilities, the universe that we find ourselves in was the one that beat all odds to have the right mix that made the fundamental constants. We consider ourselves to be the centre of the Universe but in reality, it wouldn’t matter if we are in or not. We, all of us, are just a grain of sand in the desert of the Universe, some call it Cosmic Nihilism but I call it the Cosmic Perspective.

Human beings find themselves in a unique and tragic situation. After the grueling struggle for our achievements and the ability to dream the endless opportunities for the future of our species, we find ourselves in the positions of science fiction authors of yesteryear. Able to write beautiful fantasies of a bright technological future with interplanetary travel, end of disease and a utopia of well-being with abundance for all but never to enter the promised land. This dream was always destined to end prematurely, we were born too early. Some never get the chance to think of the world that could be, they were taken too soon.

The atoms that make you will live on, it was your chance of using them, call it the oxygen and carbon cycles. These processes only happen in a limited number of times in someone and end in the life cycle. Ageing can be delayed but the fight it far from over. However, there are optimists with deep Silicon Valley pockets willing to fight the good fight notably Calico. For the rest of us, forever consumed in the daily drudgeries of life, there is little time to think of whether it’s all worth dying for. Living creatures become better with each iteration, with every generation, the better-equiped species advance to the next round. The least we can do is to be ashamed to die until we’ve won some victory for humanity. Death doesn’t make life meaningless, it is what gives it meaning.