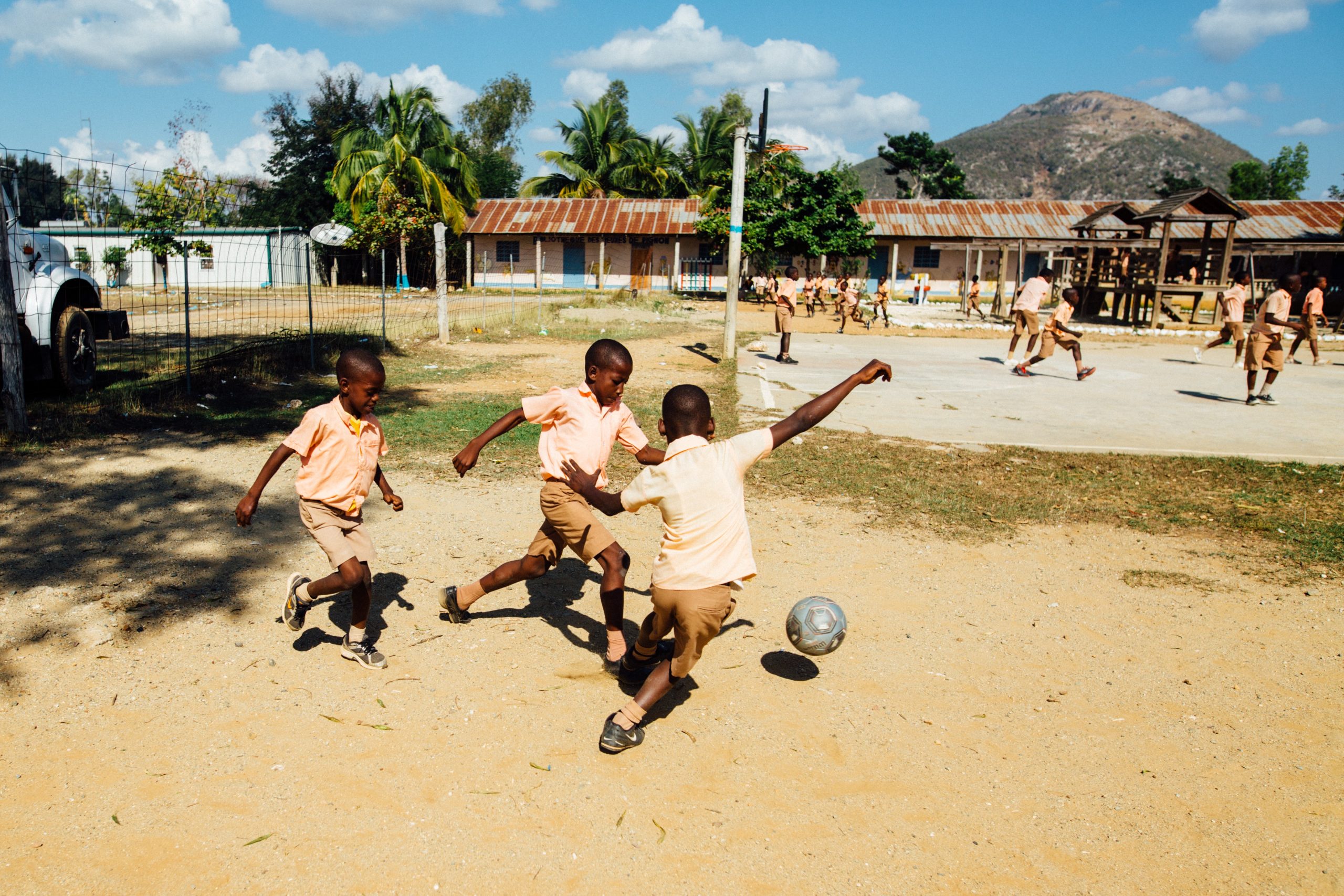 Football is by far the most widely watched sport in the world except for a not so silent minority who prefer to call it soccer. Two teams of 11 contesting for supremacy while either a small crowd or the rest of humanity waits with eager expectation. Since we are all now on the same page, I’d like milk football as much as possible as an analogy to my thoughts on reading and writing. Not to discriminate other sports but the message is what matters. Reading here being mostly books in their physical, digital or even audiobook versions. Newspapers, magazines, journals are indeed written texts but I’d reckon they are not the purest form of the art. Writing is either blogging or content creation as a result of internalizing read material.

In this article, I’ll use the term opinions as all truths one holds other than objective truth. The entire range of opinions could range from religion, feminist theory, the definition of success, entrepreneurship to how society should be managed. It’s basically everything you believe in that isn’t entirely true. Most of which make for an exciting philosophical debate. (PS: I’d love to cover the topic of TRUTH in subsequent posts.)

Watching football is a really passionate encounter especially when you are betting on your favourite team to win. You’re there with your friends and family cheering and jeering, wanting victory at all costs. When it comes to reading, your opinions are the teams you support. Your favourite team, maybe it is Barcelona, you’ve supported it since you were six and have loved Messi ever since. There is no doubt you have strong attachments to your team. However, if you introspect on the matter, you find out that you’ve been a Barca fan because of your elder brother arbitrarily loved the club and tagged you along. He’s never really discerned the philosophy, history, culture and reason for being a supporter. You trusted his judgement. To vindicate your brother, it could have very well been your parents or best friends, after all, they are there at the foundation. Just as we are influenced by our family and peers to root for a certain football club so do we absorb opinions from them blindly. We, therefore, start to read what people we trust have read and only read that which lies perfectly with our world view. It’s all wonderful bliss, there is no conflict when your team wins or when the world lies perfectly with your opinions. Most often than not, the books we read reinforce our world view, I argue this shouldn’t be the case.

When you come to learn that your entire family too and the people in your city support your hometown club. The club is part of the identity of “your people” it is now culture. High probability is that they are shit, very shit but your grandad played for them. Hometown clubs are rarely on the top tier but four divisions below the best. Some are great but most aren’t, this fact beckons a period of unlearning. Almost everything you knew is either false or requires a lot of nuances to fully explain. Some opinions are the status quo of your society or culture. Abandoning them labels you a heathen, traitor and quickly ostracizes you from the people you love. Out-group hostilities have been with us from early human societies, total and unwavering support is demanded of all tribespeople. Acts of rebellion are never tolerated, you’d have to play ball especially if you are this week’s human sacrifice. There’s conceit in reading books and reinforcing ideas that are for you culturally correct. On the flip side, harbouring contrarian views ostracizes you, sadly also from the people you love (just like supporting a rival team).

No sooner have you started supporting a team than they lose. Not just a loss but a humiliation. You are already deeply invested in your team, you’re “the Barca guy,” you have the jerseys, merchandise and have antagonized your peers for weeks. Defeat is painful. Opinions should be placed on the arena, all of them competing against in each other. At the arena your opinion will be wrong, it’s painful but it’s part of growth. No dogma makes it through unscathed. The miracle of humanity from our ape beginnings at its simplest has been survival for the fittest, most often than not the cream rises to the top. Defeat is physically excruciating because a loss is enough to cut off your lifeline. We are here as the descendants of victors, losers hardly made it through. I believe this high stakes wrestling of opinions should happen inside all of us incessantly, no mercy and no remorse. Last rites to the dying and onwards to the next frontier.

Once you are mostly free of ignorant support, then watching football becomes an entirely different proposition. Now it’s the teams that have to justify your support. Are they doing enough? Is their play compelling enough for you to watch? Once you’ve decided to go against the grain and change opinions just like the clothes they are, then reading becomes more about juggling all sorts of ideas to find what makes the most sense. Free from the constraints of family, culture and society, the individual is finally empowered to shape their destiny.

What’s next? You are now free to vouch for any team. Watch all the matches, all the best leagues, spend time learning the intricacies of the beautiful game. You may find a new team to support or endlessly change teams unable to find the right match. Both options are plausible, but take caution in finding a team too soon, that’s more often than not just swapping between two bad ideas. There should also be a disclaimer for being a wandering sojourner but my inner romantic is drawn to it. In the beginning, what others would call indecisiveness and great fluctuation, I prefer calling it getting into the flow of knowledge. Just like experiencing all the sensations and scents of nature, it’s not being promiscuous rather opening your mind to experience all the sights and sounds, not one but being overwhelmed by them. Reading is an art where your mind is the canvas and every opinion carrying a book is a brushstroke. You can be a something today and another thing tomorrow is all part of the flow. Opinions however compelling should be loosely held.

A typical match takes around an hour and a half, a season is ten months with dozens of games played. Fanatics would boast of watching all the games, an achievement in its own right. I’d equate that finishing your yearly reading challenge, whatever number of books it is. The true fan, I believe, not only watches their teams matches throughout the season but most of the other top tier teams. The end of the season is a disconcerting reprieve, other seasons are on the way ad infinitum, it’s always a race to catch up and experience an ever-evolving landscape. Watching all the matches is impossible but fighting through one’s constraints to be immersed in the beautiful game is admirable. Watching just doesn’t end at the end of the season but it is a way of life, players come and go but the fans and the club are forever. It’s great to have a reading target especially when starting, but eventually, the numbers blur and the number of books you’ve read are dwarfed by those you’d love to read. Ideally, it should be a lifetime of wanting to read more than you can, a subtle way to remind you that knowledge is endless, most are things that you don’t know that you don’t know, the unknown unknowns. If you are on the right path your “anti-library” will be filled with unread books, just like Umberto Eco’s.

Reading is never enough, we all know it intrinsically. It’s why from a young age we are burdened with essays and book summaries, it’s one thing it read and another to digest the material and create something from it. Writing is where we birth our opinions in our likeness. We may read a book but the summary we write describes more about who we are than the book, the same material turns on everyone differently. It’s an expression of who we are, there is an entire spectrum of it form the flowery language of romance to the Bukowski-esque “say it as it is.”

Playing football puts you on the spotlight. It’s all a matter of skill and expression with the ball. Your body and reputation are on the line, it’s you legs that do the talking. The expectation to perform falls on the player, not the audience. The footballer is expected to put everything in the pitch, blood, sweat and tears. In the beautiful game, there is nothing more treasonous than a half-hearted performance. If your heart is in the wrong place, there is no hiding behind the team, the crowd is merciless and will jeer you out of the arena. Similarly, the buck stops with the writer, to have read exhaustively and put forth a credible argument in a cohesive manner, to have looked through all the blind spots in their thinking and put forth from the depth of consciousness into their work. It the author was to die today, his works must be their best.

We all play different leagues, the bestselling authors and players are on the Premier Leagues, winning multimillion contracts and touring the globe. They are the best of what we have to offer, the best of the billions of us. Others play the Sunday Leagues, playing ball for fun after a busy workweek doing something else: a casual blog perhaps. We all aspire to live off our writing but it never assured, the attention economy churns our failed blogs/creators by the millions, even as you do what you love, success is never certain but joy is. Whatever your deepest passions, success is never assured. Life is unpredictable but it helps to do what you love every step of the way.

To be honest in their craft, the writer must truly immerse into books in all their flavours, experience depression inducing imposter syndrome and then synthesize in surgically small doses, writing into the world, golden material that would hopefully make it a better place.